So we made it back to Caladesi Island! It is a heck of a trip! Beautiful Skies, and water!

We got a nice start, at higher tide. We launched from the Dunedin Causeway.

We decided it would be a good idea to eat now so we have some energy for the mangrove tunnel trails!

We then entered the tunnels! We did the whole trail! Which is about 3.4 miles. As it turns out, according to one of the rangers afterwards, the water was unusually high. Which could explain some of the tight squeezes under the trees. (Become one with the Kayak was Emmy’s mantra!) The mosquitoes were pretty bad, so make sure to bring plenty of bug spray, and the rash guards help to keep the bugs and sun off a bit! 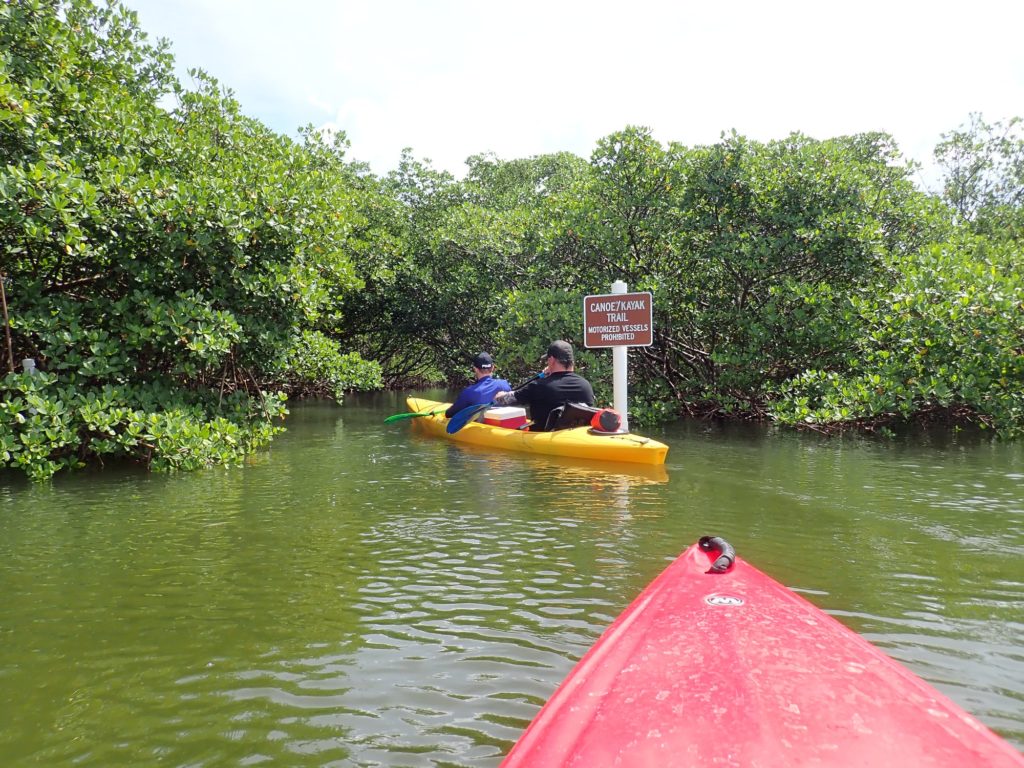 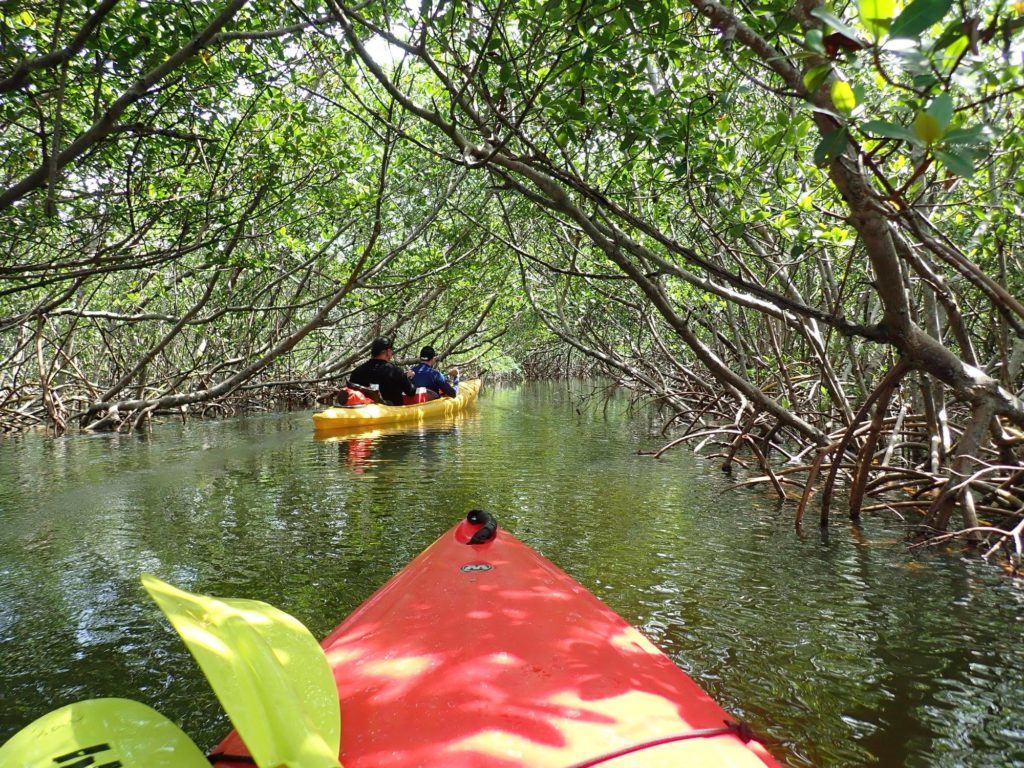 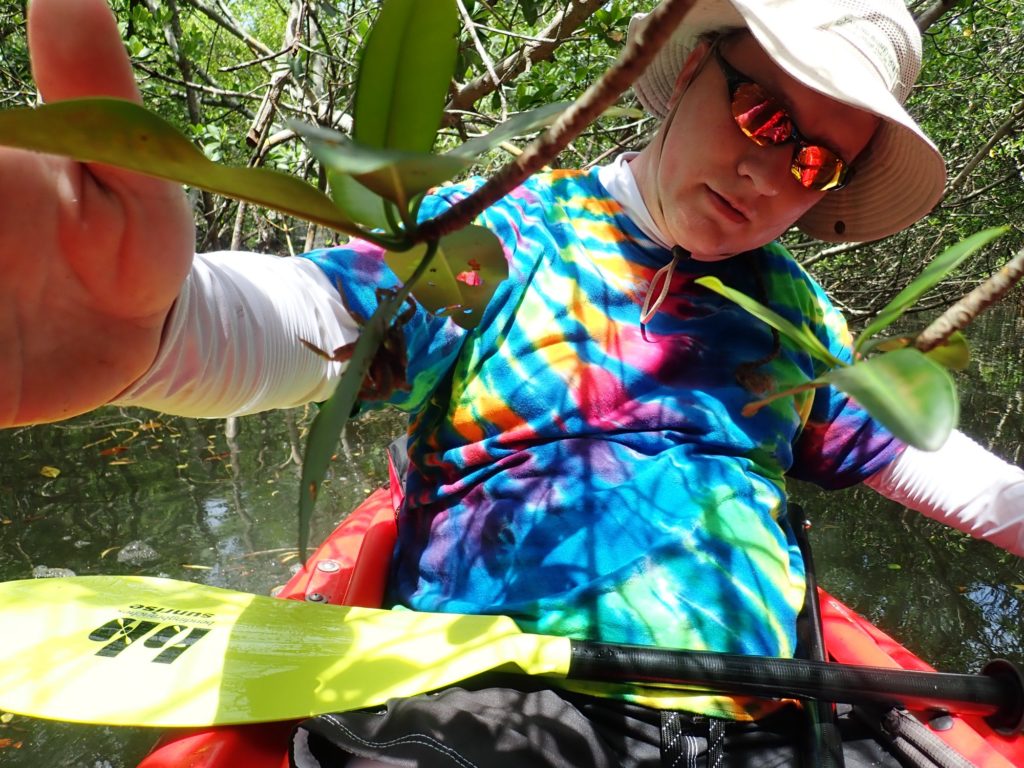 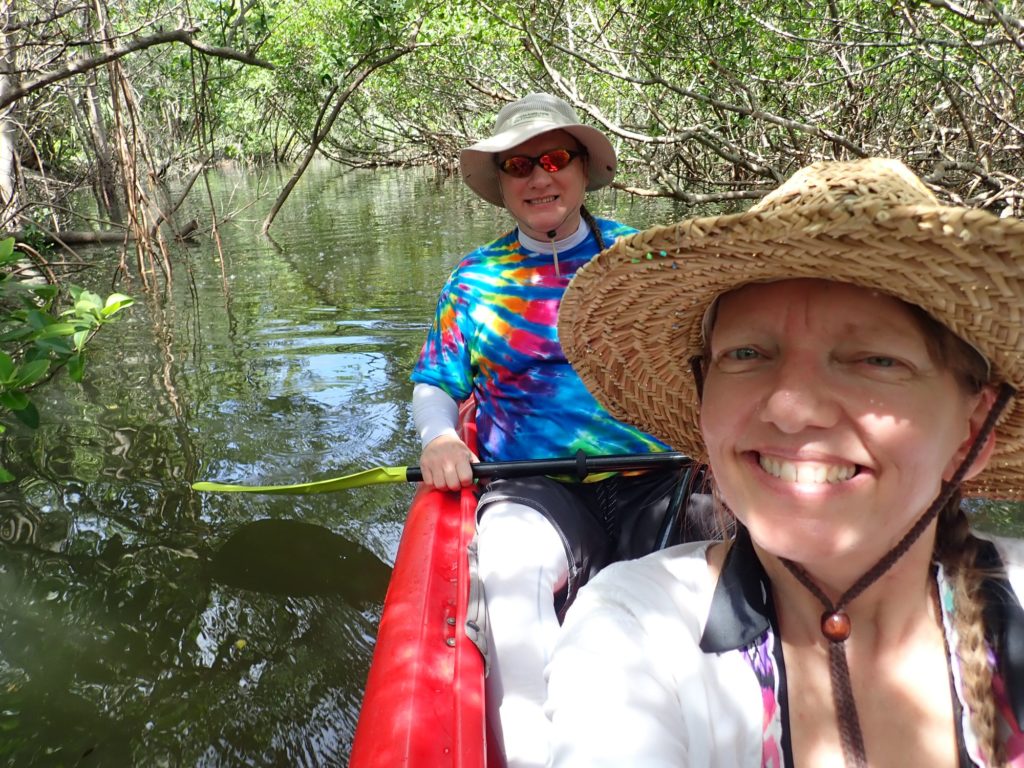 We then stopped back at the beach to enjoy the Island a bit more! 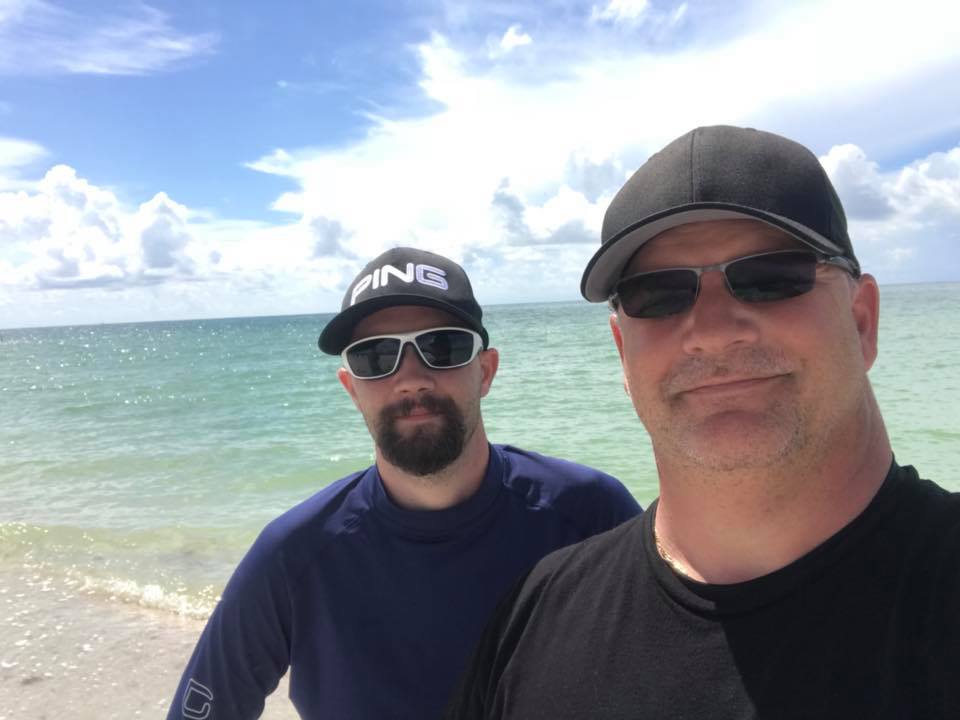 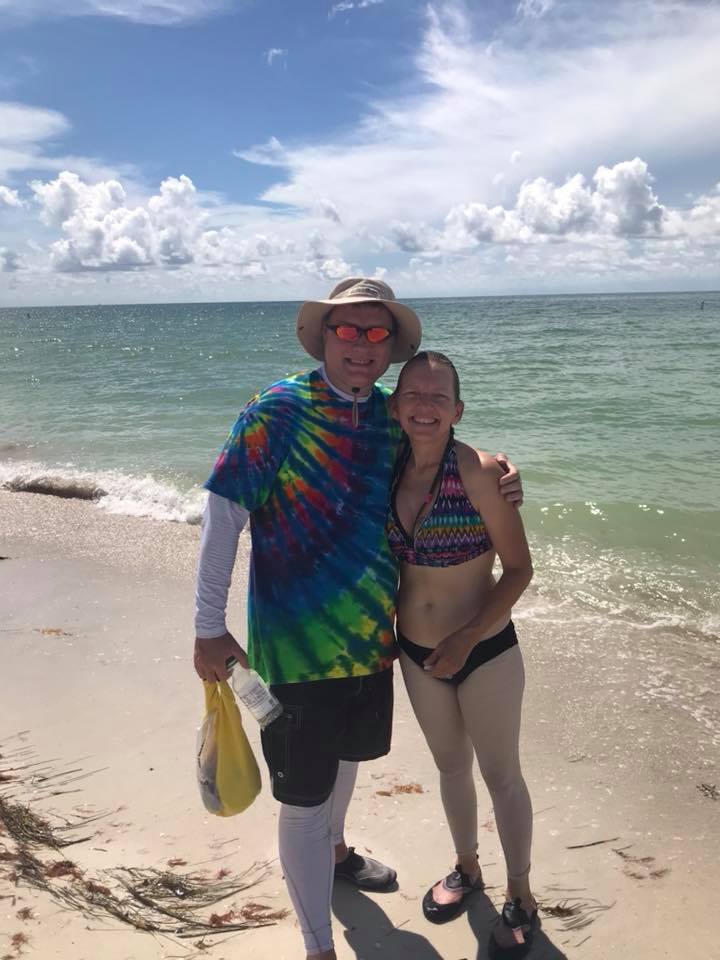 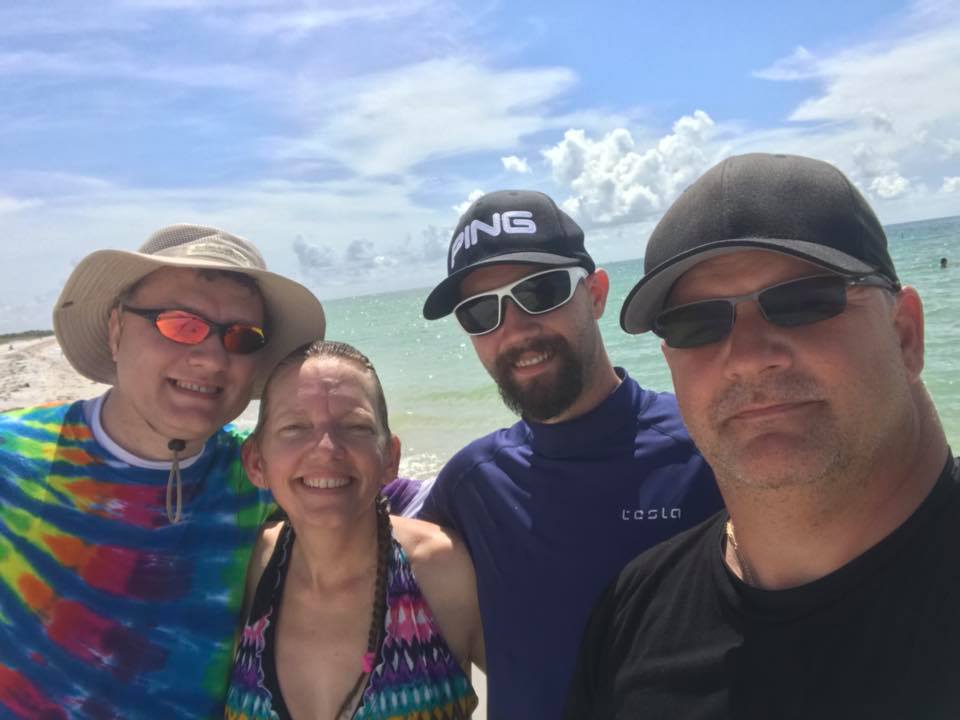 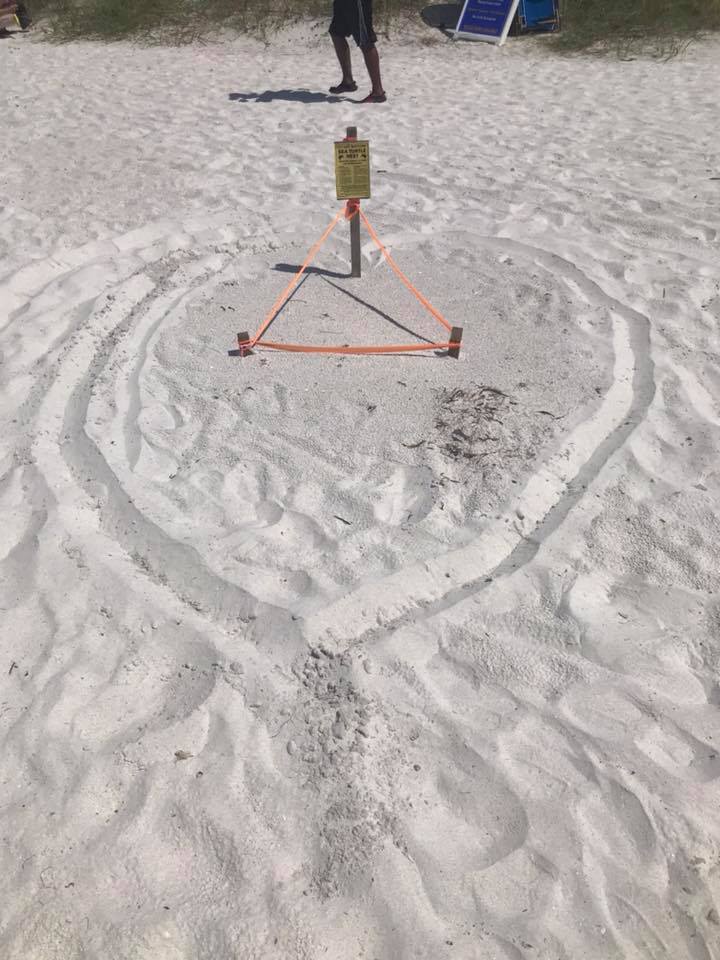 Saw the Turtle nest, and had to give it a little love..

On the way back to the causeway, we decided to explore a bit, and boy are we glad we did! We got to see a dolphin chasing fish!

As we started paddling back, we got to see some of the gray skies..

All in all, we had a great day! 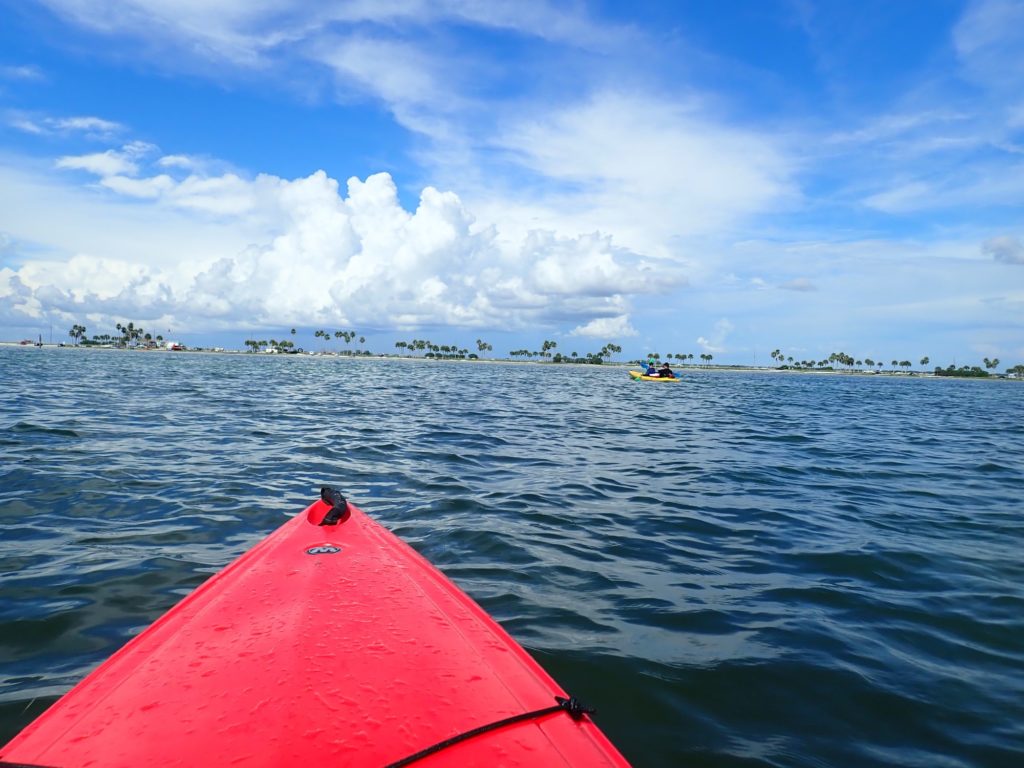 As we come back into the Causeway! I think Scott and Jesse were in a hurry to head off to Dunedin Brewery! Emmy’s Mantra changed to,”Beer! Beer! Beer!”.

This is just a small taste of all the cool things we saw and had happen.. There was a run of fish jumping out of the water that actually pelted Scott and Jesse’s Kayak! Had us all laughing as we had been making pirate jokes about being boarded, and then the fish tried..We saw some gorgeous Osprey, Herons of all types and many other birds. We also saw a Coach Whip snake on the Island. Still no Rattle snakes, although, we keep looking! We also saw the biggest Mangrove crab I have ever seen.. Looked like a giant Tarantula running up the back side of the tree! Was amazing! We finished up the day enjoying Dunedin Brewery, which is always enjoyable!