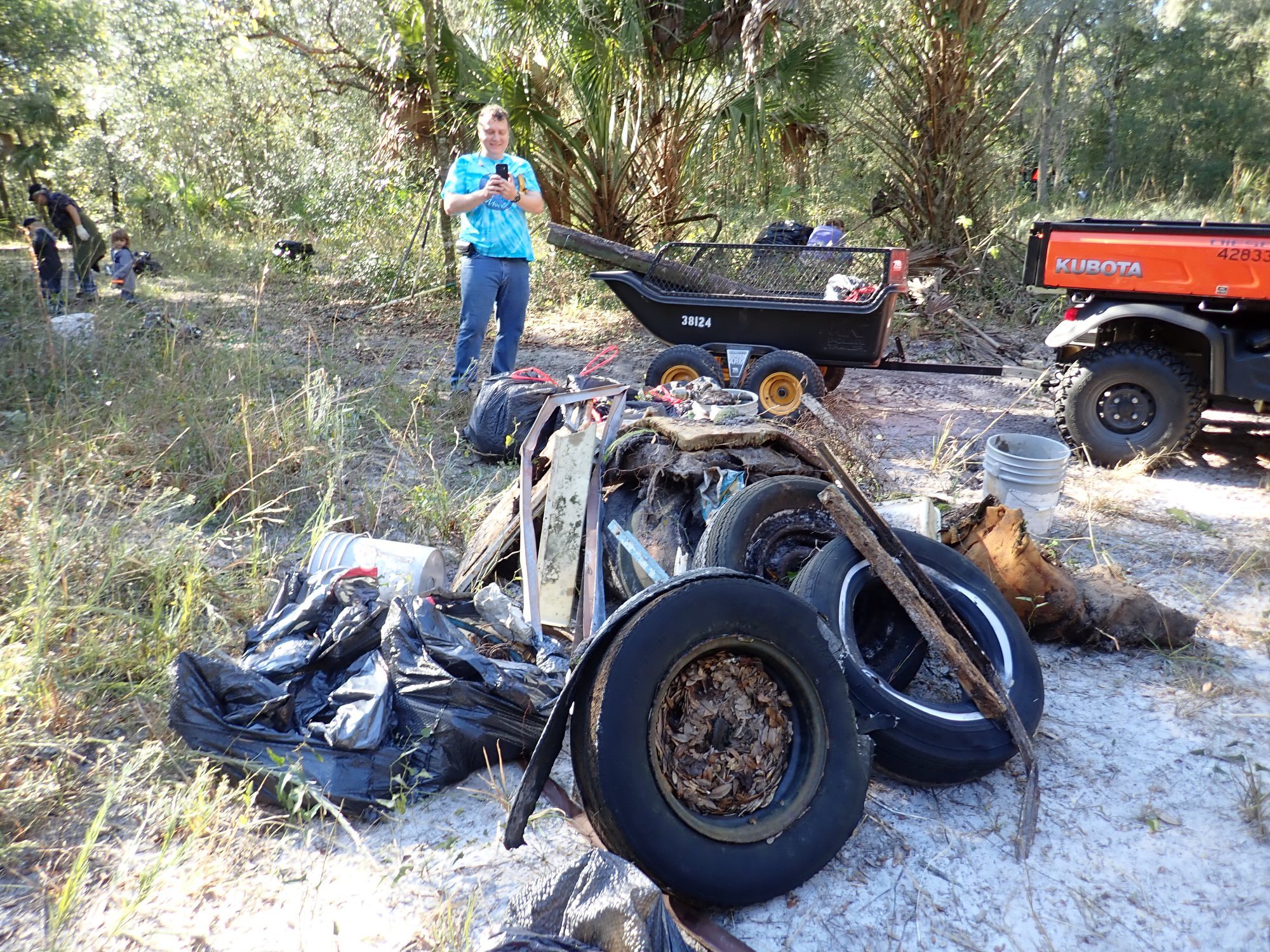 Recently, Crews Lake Wilderness Park acquired 200 acres at the south side of the park. We went for a walk along the old four-wheeler trails, and found a lot of garbage people had dumped over the years. The amount is pretty overwhelming, so we decided to coordinate a series of cleanups so that when we walk there, it’s nice and clean, and it’s not all on the park staff (who already have plenty to do).

The first cleanup was on December 7th, 2019, and the image on this post is just a fraction of what we removed that morning. Twenty two people pulled out a dumpster and a half of garbage.

The next cleanup is on January 25th at 9am (Facebook event page). We’ll meet at the front gate of the park.