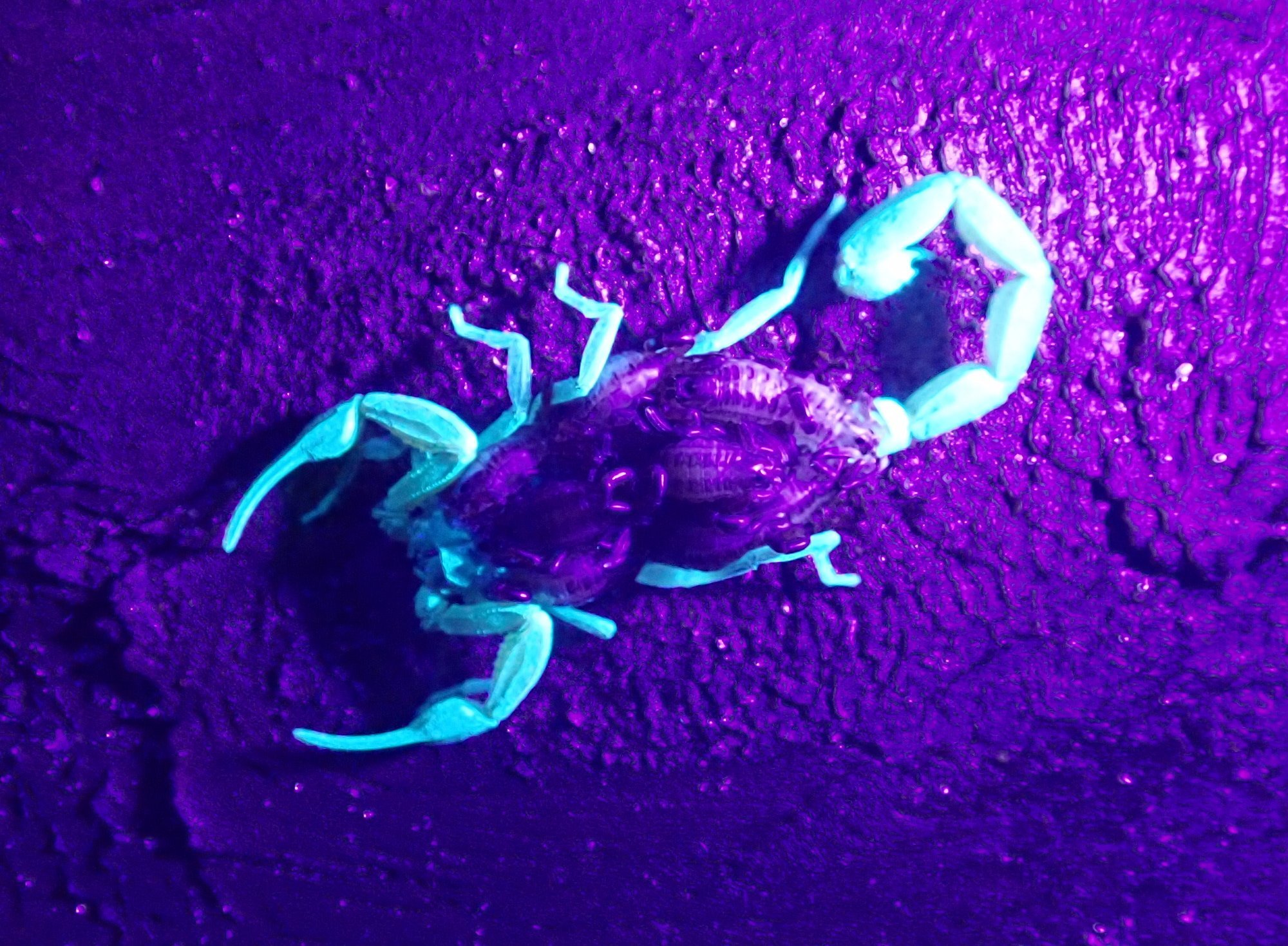 Since we started doing the night walks, we’ve been hoping to see a scorpion with babies, and here she is! We found her last night, on the guide rails at the garden in Crews Lake Park. 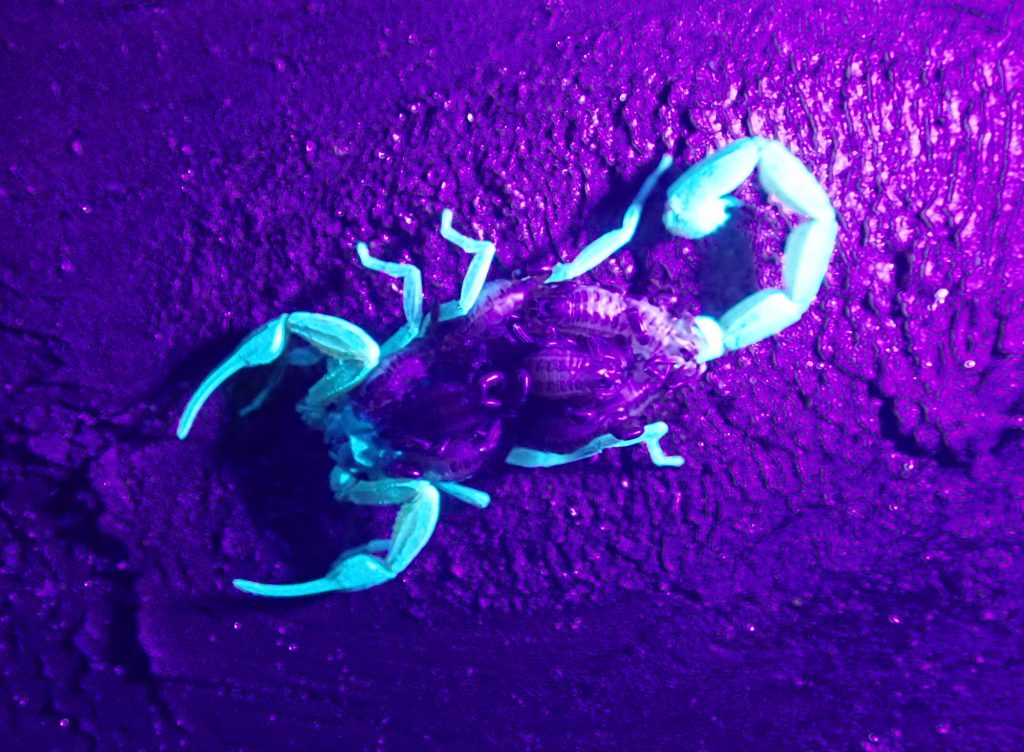 Scorpions give live birth, and when the babies come out, they have a soft exoskeleton and thus are vulnerable to predators, so they ride on the mother’s back until they are ready for the first molt, which takes a few weeks. The mother is very protective of her babies, but will eat them if food is scarce. The babies get nourishment from food reserves inside their bodies, and get water transpired from the mother’s cuticle (her outer layer), which is taken up into their own. We weren’t able to find any info on average litter sizes, but this one looks like maybe 8-10 babies.

The babies won’t fluoresce until after the initial molt; at that time, they’ll have the protein which creates the fluorescence. It seems to be something that happens when the exoskeleton hardens, because freshly-molted scorpions also don’t have much glow to them, but they do after the cuticle hardens.

Scorpions molt about five times during their lives, shedding their exoskeletons as they grow larger. The last molt happens as the scorpion reaches reproductive age. We’ve found several discarded shells in the woods at the park, and they are very fragile – soft and papery. They also fluoresce! Someday maybe we’ll get one in good enough condition to add to the collection of fluorescent items that we display before every night walk.

For a ton more info on scorpions, head on over to the Encyclopedia Britannica entry on scorpions.