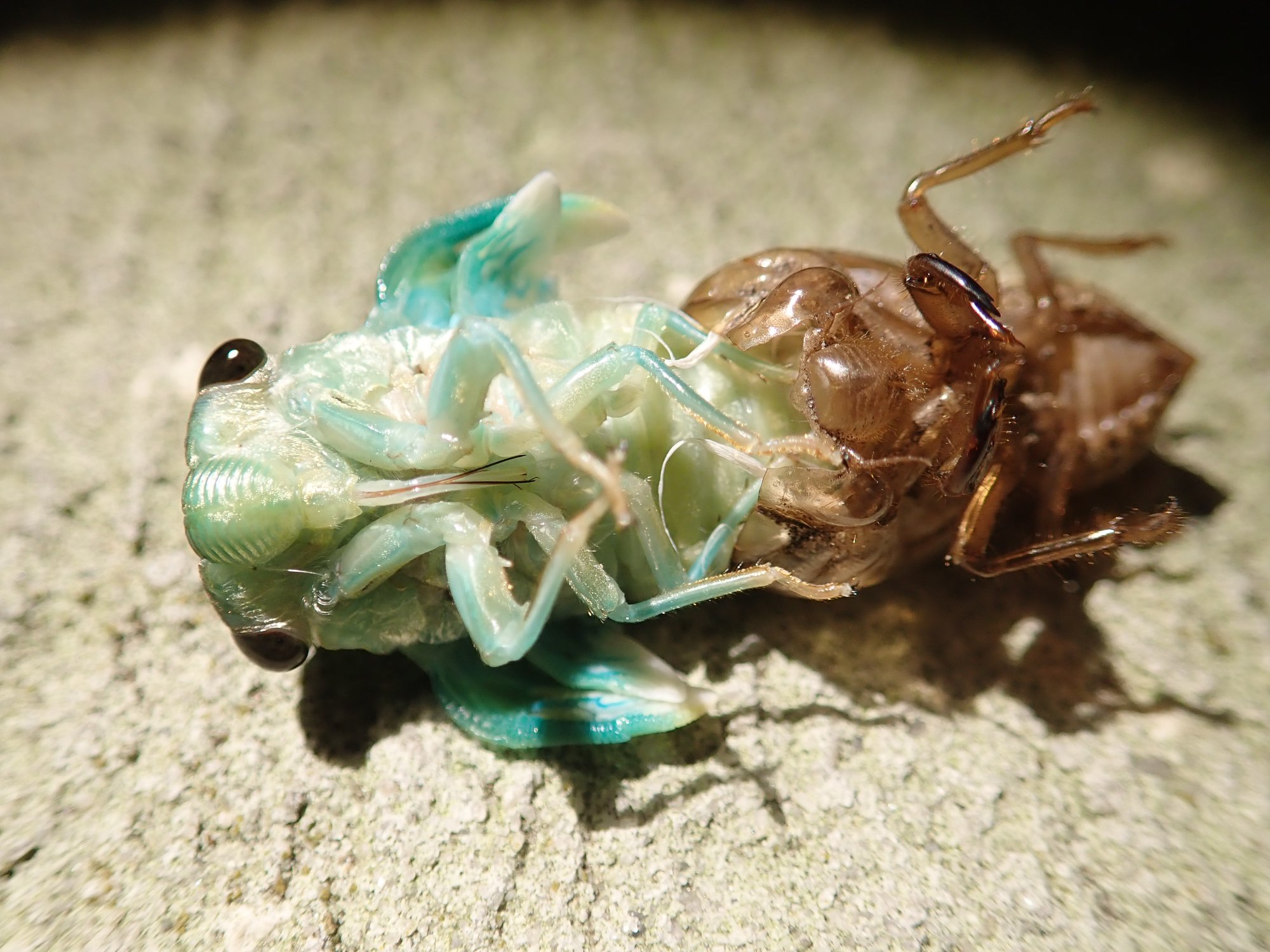 On the past few walks, we’ve heard cicadas, and also observed them emerging from their larval skeletons. Cicadas spend most of their lives in underground burrows as nymphs, sucking sap from woody plant and grass roots for sustenance, and molting four times. The fifth and final molt occurs above ground, on a tree or other vertical structure. Once the adult emerges, it lives only long enough to reproduce, which takes just a few weeks. Here’s one emerging from its old shell. 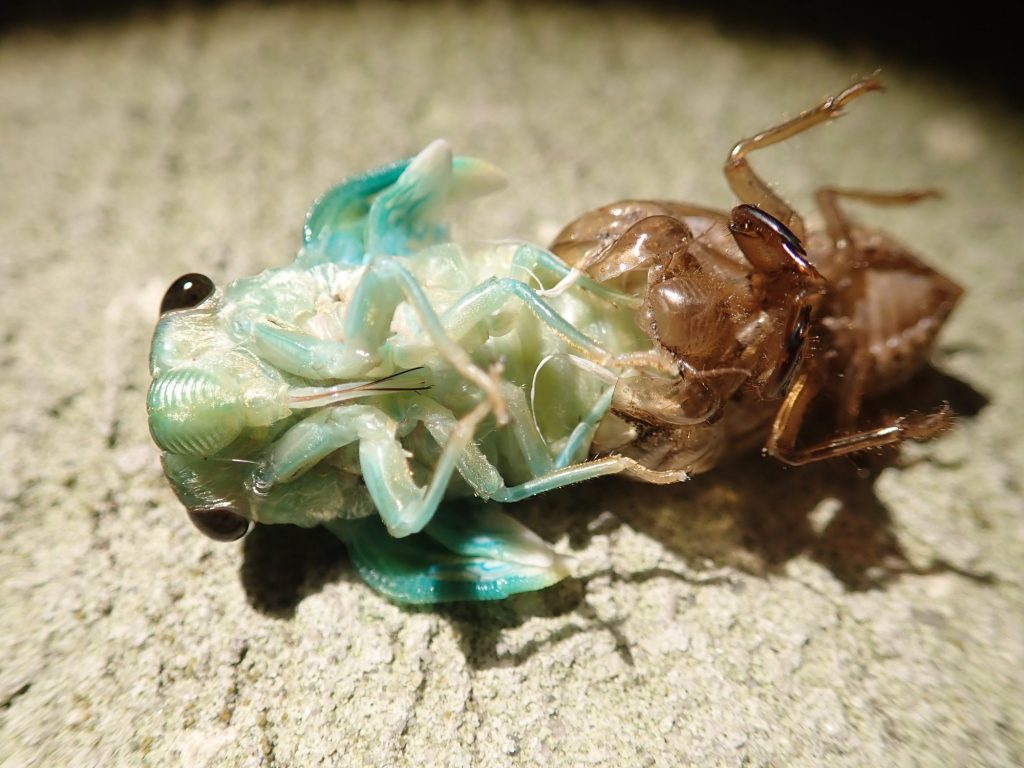 Florida has 19 known species of cicada, and they live an annual life cycle, which means some emerge as adults every year. Other species outside of Florida emerge en masse on much longer cycles, such as every 13 or 17 years, which is called a periodic life cycle. They maintain their strict schedules of emergence, and people will travel to view the spectacle.

Only males make sound, via a pair of drum-like organs called the timbals. Each timbal contains a series of ribs that buckle one after the other when the cicada flexes its muscles. Every time a rib buckles, the rib produces a click. They have several reasons to make noise, with the primary one being to attract a mate. When disturbed, it will sing a protest song or emit a squawk, which may help it to escape by startling the predator. And some species sing courtship songs to potential mates. Awww.

They don’t usually make sound at night, but will under certain circumstances, like if it’s really hot, or if there’s light from an artificial source or a full moon. Here is a page which has a bunch of Florida cicada sound samples.

For lots more info on these fascinating insects, see this Featured Creatures page on cicadas by the University of Florida.