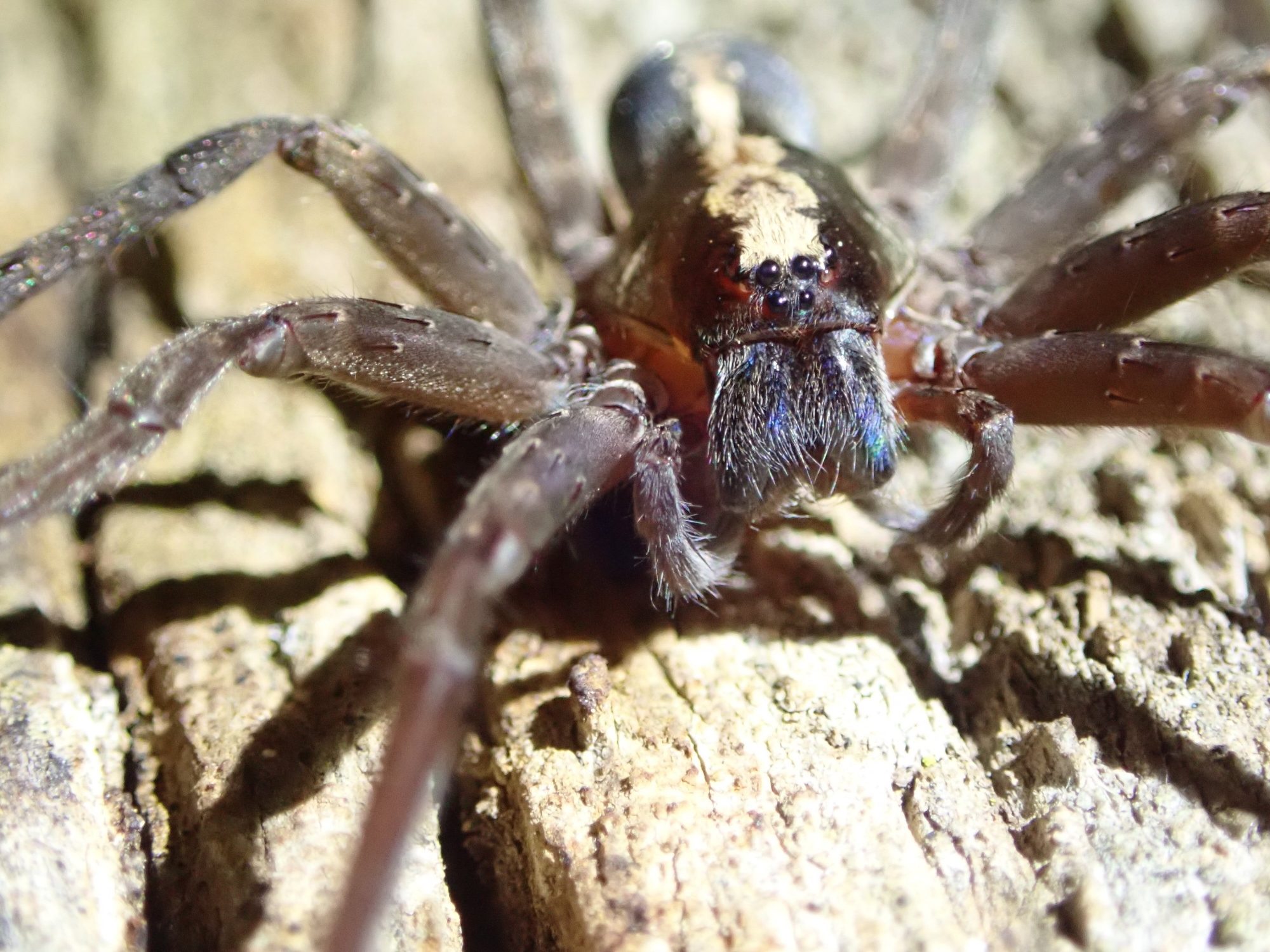 This is one of the most beautiful spiders I’ve ever seen (species Ctenus captiosus). I found it in the leaf litter next to a dead tree stump, and when I got close, it scurried up the stump and then stayed still, allowing me to take several pictures.

There doesn’t seem to be very much information available on this particular species, which is unfortunate, because it’s lovely. There are a few pictures at BugGuide. I created an account there and submitted these pictures, hoping to contribute to the data on these creatures.

Based on the species PDF linked above, I suspect this is a male, because it has a slender abdomen.